The SLGA and SGU are running a series of regional handicapping seminars for all those involved at golf clubs in maintaining and administering handicaps. The seminars will include an overview of the CONGU UHS and a comprehensive presentation of the new changes incorporated in the new manual. There will also be an opportunity to ask questions. For a booking form click here
Posted by Carol at 21:15

SLGA AGM - Pamela has one more year in office 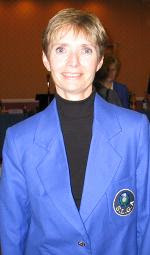 The SLGA AGM took place yesterday at the Quality Station Hotel Perth and Carol Fell and Fiona Roger represented Ranfurly Castle at the meeting
SLGA's Chairman Margaret McNaughton's informative annual report was followed by the Finance Director Lynne Terry's detailed accounts annual review.
Ethel Jack was elected as President for the second year and Renfrewshire's Wendy Cameron and Rosemary Dykes were both re elected as one of the 13 Vice Presidents.
RLCGA's Past Captain Beth Paterson (Eastwood) was elected on to the board by the SLGA to replace Margaret MacNaughton who retires by expiry of her term of office.
Past Ranfurly Castle Captain and Renfrewshire Ladies County Captain Pamela MacKenzie is the West Division Representative on the Executive Committee of the SLGA for the 4th year and will retire in January 2009
Various resolutions proposed by the Board of directors were duly proposed and approved by the ladies present representing affiliated clubs,counties and societies.
Mrs Pat Wilson was then elected to be the new Chairman of the SLGA.
Carol Fell asked the board in the "any competent business" section, if County Medals were the same as Open Days for the new Congu regulation. The answer was given as yes and she said that this was impossible to administer unless you used the Home Clubs handicap computer where the competition was being played at and not use the county laptop. The SLGA said they would look into the matter and Carol has sent a report to the SLGA as requested by the new Chairman Pat Wilson. This report includes an explanation of the problem and a couple of suggestions on how to solve the problem
Posted by Carol at 19:20 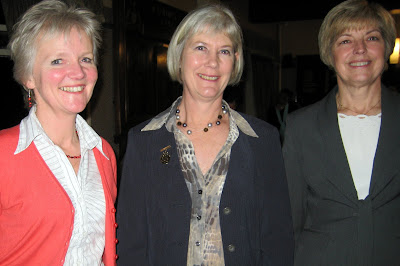 A very successful AGM and prizegiving was held in the clubhouse on Thursday 17th January.
Mary Hardie was duly elected as our new Lady Captain. She welcomed Helen Abram as Vice Captain and Sheila Gray, Sheila Biggart and Eileen Walker as new committee members.
The AGM was followed by our usual prizegiving.
Carol Fell, our Ladies Champion, thanked the committee for all their work throughout the year.
Click here to see the Prize Winners List
Posted by Mary at 10:12

Congratulations go to Natasha Qayum who has been invited to the Renfrewshire Ladies County Golf Association Winter Training Squad. Click on the following link to see all the members of the squad
Full list of the RLCGA Training Squad
Posted by Carol at 22:53

The SLGA AGM will be held on Saturday 19 January 2008 at 11.00 a.m. in the ballroom of the Quality Station Hotel in Perth. All the papers for the meeting were posted to clubs and counties on Wednesday 19 December.
Posted by Carol at 12:03

Happy New Year to Everyone