Mary Hardie and Sheila Gray-- last years RLCGA Winter Foursomes winners are through to this years Centenary final by beating Marion Stewart (Kilmacolm) and Mary Wylie (Elderslie) in the semi final .
It was an exceedingly close contest which went on to the 23rd hole at Kilmacolm !!!
They now meet Beatrice Orr and Morag Turner (Kilmacolm) who won against the 2007 Winter Foursomes winners from Gleddoch ---- Roisin Black and June Lockhart.
The final date and venue has still to be arranged
Well done to you both

The Scottish foursomes tournament has not been well supported over the last few years, and was cancelled last summer due to lack of entries.
Dr Lynne Terry (Cruden Bay), the SLGA treasurer, came up with a suggestion for an inter-club match-play foursomes handicap tournament which could be run over the summer with semi-finals and final on the same day as the Scottish stroke-play foursomes tournament (August 30 at Forfar Golf Club) with scratch and handicap prizes.
Each club can enter a team of two or three players to represent it during the season. The total combined handicaps of the team must not exceed 60. Any two of the team can represent the club in each round.
Each match will be played on the basis of full difference of half the combined handicaps (on the day) of the two players representing the club.
The SLGA will make the draw for each round. The rounds will be based on geographical locations of the clubs to minimise travel as far as possible.
The 18-hole stroke-play tournament on the finals day will prioritise the 16 lowest combined handicaps, along with additional entries from the clubs involved in the semi-finals and the clubs that entered the match play.
If the event is not fully subscribed then clubs who did not enter the match play can enter, and if it is over-subscribed then higher handicap teams will be eliminated first.
Entry forms went out to the clubs with last week's mailing from the SLGA.

The annual mailing to Ladies' Handicap Secretaries was sent to clubs on 18 February. Included are:

Entry form for the NEW Foursomes Match Play Competition - please note the closing date for entries is 9th March so enter your club now to avoid disappointment
Annual Handicap Pack - the list of qualifying competitions for 2009 may also be downloaded here
Information on the Central Database of Handicaps
Match & Handicap Convenor booklet
Order forms for the CONGU Manual and Pocket Concertina Guides on Rules, Etiquette and Handicaps
Posted by Carol at 21:15 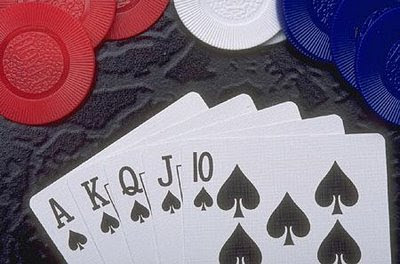 59 people braved the weather forecast and made their way to the clubhouse last night for a very enjoyable evening, playing a form of Chicago with duplicate scoring. 15 tables were split between the two lounges. The Lady Captain Helen Abram presented small slam prizes to Gordon Davidson and Bill Harkness. 1st prize went to Gordon Davidson (Gordon kindly auctioned his prize and donated the money to our funds), 2nd prize Sue Murphy and 3rd prize Sheila Gray. Lucky chair prizes went to Mabel Smith and Lilias Snodgrass.
Thanks to Mary Hardie and Jan McNab who helped with the tea, and of course Nicola and her team behind the bar , the members of Bridge of Weir Bridge Club for the use of their tables, and those club members who allowed us to borrow their tables.
Finally a big thank you to those who took part, support which is always appreciated.
Posted by Agnes Williamson at 08:19

Pamela -- Is Queen of the Castle 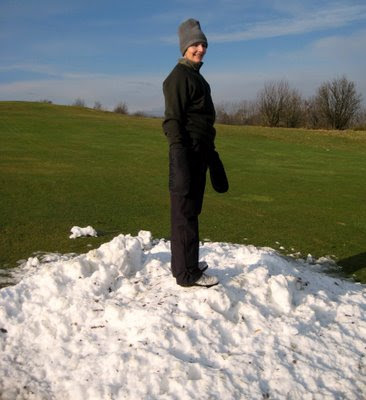 The February Stableford was not played today but there was a very good turn out for the weekly bounce game. Pictured above is Pamela Mackenzie on the 2nd hole who was enjoying her morning's golf. She had been West Division Representative on the Executive Committee of the SLGA for 4 years and retired in January 2009. To read more of the SLGA AGM go to West of Scotland Website
With lovely sunshine we all had a good morning. Click on Pamela to see a larger photograph
Posted by Carol at 16:45