The Ladies' Committee of Old Ranfurly have organised a Social Evening at their club house on Tuesday, 1st February at 7.30pm.
The theme is an ' Oriental Evening', to celebrate the Chinese New Year.
The cost of the evening is £5 (including refreshments).
If you would like to attend please contact, Karin MacKenzie at 01505612162.
Posted by karin mackenzie at 09:30

A lovely picture featured yesterday 28 January in the Glasgow Herald.
Congratulations Carol!
It just takes a camera..a moment..and a click..at the right time... And Carol's eye.
Agnes
Posted by Agnes Williamson at 18:27

Mary Hardie and Helen Abram played their rearranged Renfrewshire County Winter Foursomes quarter final tie on Wednesday over Ranfurly Castle against the Eastwood pairing of Willeen McCallum and Liz Drysdale (Eastwood).They won by 5&3 and now progress to the Semi Finals.
To read more go to the RLCGA WEBSITE
Posted by Carol at 13:50

Invitations and booking forms (to be returned to the SGU Office at The Dukes by 31 January) have been sent to clubs and counties for the second round of roadshows on the proposed amalgamation of the SLGA and SGU. These will take place at the following venues:

Outgoing Lady Captain Agnes Willamson welcomed the ladies to the 81st AGM. She reviewed the year after Reports were read out by the Match Secretary Jane Dickie, Handicap Secretary Sheila Biggart, Greenlees Secrertary Anne Robinson and Junior Convenor/Vice-Captain Karin Mackenzie.
After the business was completed the silverware was presented.
Anne Robinson our Lady Club Champion then gave the vote of thanks. The meeting was closed by our new Lady Captain Karin MacKenzie.
Tea was served in the mixed lounge.

Dorothy is a star player in today's bounce game

The Winter bounce games are now on the go with the improvement in the weather. Dorothy Simpson (pictured above)  was a star today with some fantastic play enabling her Tri-Am team (Joy McLeod and your Webmaster Carol Fell)  to win today's wee bash. 15 players took part and everyone agreed that the course is really doing well with all the Greens Staff hard work over the last couple of months. --- WELL DONE --
Posted by Carol at 22:05

Ranfurly Castle Ladies were well represented at the SLGA AGM in Perth today (pictured above) Captain Agnes Williamson, Vice Captain Karin MacKenzie, Secretary Linda McDougall and past Handicap Secretary Vivien Howe were all there to listen to the news and updates.
Jean Irvine (Secretary of RLCGA) and Carol Fell (Webmaster) also attended.

SLGA Chairman Shona Malcolm  welcomed a full house to the Scottish Ladies' Golfing Association Limited AGM at the Dewars Centre in Perth this morning.
Before proceedings began, President, Emma Wilson, paid tribute to past Chairman, Anne Fraser, a member of Turnberry and Ayrshire, who died in 2010.
The Chairman's report had already been circulated and Shona picked out particular highlights, including the Scottish Ladies' team victory in the Home Internationals and third place in the European Team Championships, the Seniors' team fantastic victory in the European Senior Team Championships and our Junior team's runner-up spot in the Junior Home Internationals. On the individual front, Pamela Pretswell had won the British Stroke Play Championship and Kelsey Macdonald had been runner-up in the British Amateur and had won the Scottish Championship. Pamela and Sally Watson had represented GB&I in the Curtis Cup at Essex County Club, near Boston, Mass.
Shona also touched on the Performance and Development aspects of the SLGA remit, as well as giving thanks to those who had helped SLGA last year.
Finance Director, Lynne Terry, reported that SLGA Ltd had shown a healthy surplus of £61,000 last year, largely due to prudent cost control and some events costing less than expected. The fall in the number of lady golfers was once again evident at 4.1%, but an increase in subscriptions by £1 had absorbed that potential shortfall.
The report of the Scottish Representative on the Executive Council of the Ladies Golf Union, Janet Wake, had also been previously circulated, and Janet highlighted some of the coming events in the 2011 season, in partcular the Ricoh Womens British Open at Carnoustie, 28-31st July, the Astor Trophy (previously Commonwealth Trophy) at Fairhaven 15-19th June and the Vagliano Trophy Match against the Continent of Europe at Royal Porthcawl, 24-25 June.
Election of office-bearers went through smoothly with June McEwan (East) and Liz Scott (South) coming onto the Board. Lorna Bennett takes over from Janet Wake as Scottish Representative on the Executive Council of the Ladies Golf Union. Cara Gruber is the new North selector.
Amendments to Regulation 3.5 governing County Golf had already been disSL;GHAcussed by the County Captains and were approved at the meeting.
A "tidying up" exercise had been performed on Regulation 7 (National Championships and other Tournaments run by the SLGA) and amendments were approved at the meeting.
The proposal that annual subscriptions and fees for 2012 remain the same was also approved, with the caveat that if the amalgamation goes through then subscriptions would be different.

Amalgamation.
Chairman, Shona Malcolm and Chief Operating Officer, Sheila Hartley, presented a cut down version of the road-show that had already been shown to clubs and counties round the Country in the last few months. There were many questions from the floor. Anxiety that the proposals were proceeding at "breakneck speed" with little time to take it in, were voiced. These proposals are still at the consultation stage, and feedback from the roadshows and the two AGMS (The SGU AGM is next weekend) as well as individual feedback from clubs, counties and members will be examined at a meeting of the Amalgamation Committee at the end of January.
Sheila Hartley asked that any comments should be made to her before 25th January ----- secretary@slga.co.uk for consideration by this committee. Once the proposal has been refined in the light of feedback, a new round of roadshows will be presented to both men and women together in the spring, with a view to holding Special General Meetings of both organisations in the latter half of May, where 75% would have to vote in favour for the proposals for it to go through. If that happens the Board of the new Scottish Golf Limited would be recruited in the summer with a view to the Amalgamation happening on 1st October.
There were questions of costs, representation, who would pay etc. It was emphasised that the proposal was a "very broad brush" at present, the minutiae of how it will all happen has not yet be finalised. Yes, there would be costs, but they would be kept to a minimum, and absorbed by both organisations. Subscriptions, currently £9 for men and £14 for women would probably settle at £11 for both genders.
SLGA County and SGU Area boundaries would remain the same. There is no proposal for Counties and Areas to amalgamate. Clubs would be the stakeholders in the new organisation, with each club's liability limited to £1.
The move to bring the Scottish Golf Union (SGU) and Scottish Ladies' Golfing Association (SLGA) together as a single governing body has gathered momentum with a formal proposal being delivered to each organisation’s members.
The proposal with details of the roles of Board members and committees and a covering letter from the Amalgamation Group Chair, Donald Turner may be accessed by clicking on the links.

The SGU and SLGA have delivered a formal proposal to member clubs, Areas and Counties this week outlining plans for amalgamation as a single governing body from 1 October 2011. Click Here to read more
Posted by Carol at 20:47

Papers for the Annual General Meeting to be held in the Dewars Centre, Perth on Saturday 15 January 2011 have been sent out on, 20 December 2010. The following were enclosed in the mailing and may be accessed by clicking on the links:

HAPPY NEW YEAR TO ALL ALL READERS 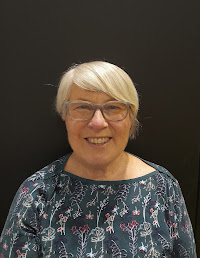