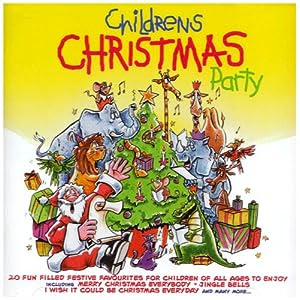 The Annual Children's Christmas Party is on Saturday 4th December from 2 - 4pm.
The party is open  to any children -- relatives , friends, neighbours of  Ranfurly Castle Members.
Santa will be there plus a Children's Entertainer.
Please do come along and support what will be a terrific event.
Please Contact Nicola at  01505 612609.
Posted by Carol at 18:10

The topics ranged from the Centralised Database of Handicaps (CDH), under development at present, golf tourism, membership marketing, legislation, employment and the impact of the Equality Act among others, while the issue of club governance and effective management structure has proved the most popular area of debate. A new interactive workshops has been introduced, themed ‘What can the SGU and SLGA do to help my club?’ which has provided both governing bodies with valuable insight.

The team was also joined by a clubgolf West of Scotland Regional Manager Craig Chalmers who updated the clubs on the progress of the national junior programme, which is now in place at 300 clubs and facilities across Scotland since its launch in 2003.
Posted by Carol at 21:39

At the Board Meeting held 15th November 2010 the Budget for 2011 was approved for submission to the AGM in January 2011. There will be EGM on 2nd December,19.30 (only full members can attend)--- Click Here for the updated Newsletter from the Main Ranfurly Castle Website to read the proposals
Posted by Carol at 18:39

Equality Issues -- Some up to date News from the Glasgow Herald.
Read all about by --- by clicking on the following link -- West Kilbride Golf Club News (from the West of Scotland Website)
The move to bring the Scottish Golf Union (SGU) and Scottish Ladies' Golfing Association (SLGA) together as a single governing body has gathered momentum with a formal proposal being delivered to each organisation’s members.
The proposal with details of the roles of Board members and committees and a covering letter from the Amalgamation Group Chair, Donald Turner may be accessed by clicking on the links.

The SGU and SLGA have delivered a formal proposal to member clubs, Areas and Counties this week outlining plans for amalgamation as a single governing body from 1 October 2011. Click Here to read more
Posted by Carol at 20:07 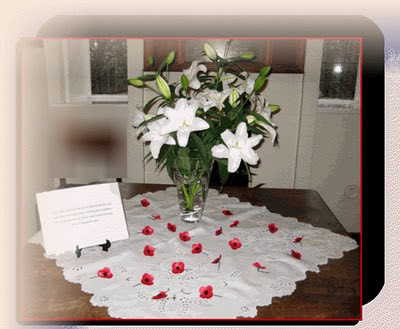 'They shall not grow old, as we that are left grow old,
Age shall not weary them, nor the years condemn,
At the going down of the sun and in the morning
We will remember them.'

Thanks go to Jean Irvine for the wonderful poppy and lily display (click on photo to enlarge)
Posted by Carol at 11:00

Fiona Roger is the Captain of the West Vets 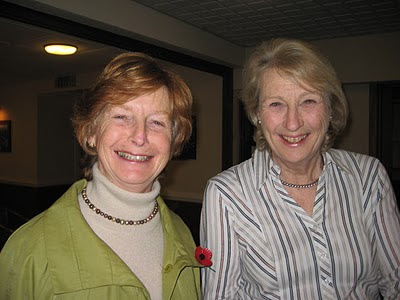 
Congratulations go to Jean Irvine who was appointed the Renfrewshire Ladies' County Golf Association Secretary at Wednesday evening's AGM at Haggs Castle Golf Club. She is also joined by Susan Reid who was also appointed onto the Committee. Sally Smyth retires from the committee after 3 years service. Jan McNab continues in office as Treasurer
Both Anne Judge and Sally were presented with the new Centenary Greensomes Trophy that they won in September at Elderslie.
Ranfurly Castle was well represented at the AGM and an enjoyable evening was had by all.
To read the full report and see photographs go to the RLCGA WEBSITE
Posted by Carol at 11:39

THE SCOTTISH GOLF E-BULLETIN ON LINE

The Scottish Golf monthly Club e-bulletin aims to keep clubs and their committee members up to date with information on our range of services and other activities which support SGU and SLGA affiliated clubs.

The Club e-bulletin is emailed directly to clubs, however their webpage will be updated on an ongoing basis with all e-bulletins that are distributed.
CLICK HERE TO GET ACCESS
Posted by Carol at 17:20