The Renfrewshire Ladies County Championship was played at Ranfurly Castle this week. Thanks to Craig and the greens staff for presenting the course in such a beautiful condition to show off to our visitors.

The Championship title was ultimately won by Jennifer Rankine of Haggs Castle (handicap +1) in a close match on Friday afternoon against Julie Wilson of Williamwood. Earlier, there had been a very good showing from our ladies.

Congratulations to Jan Macnab who won the Peggy Clark Cup for the best net score (73) in Wednesday's (very windy) qualifying round, just pipping Allison Murray with the better inward half.

Then, on Friday morning, Morag Cunningham won the handicap knockout final, beating Vicky Rennie at the 18th, to win the Irvine Trophy (presented 5 years ago by our own Jean Irvine).

Well done also to Denise Cowan who reached the semi-finals of the Championship itself and to Jan and Marion who both won their first match and were knocked out in the quarter-finals. 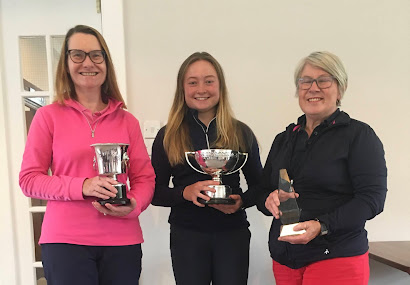 Jan, Jennifer & Morag with the trophies 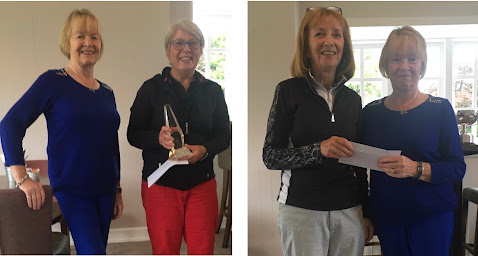 Jean with Morag & Vicky and the Irvine Trophy 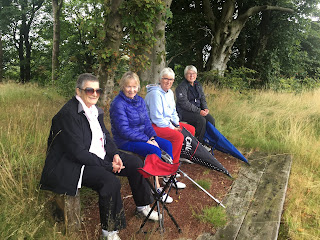 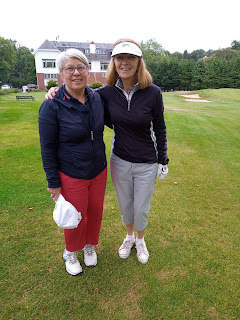